They were first discovered and named by Swedish botanist Carl Linnaeus around 1753 and were classified as a member of the psalliota genus of both edible and toxic fungi, characterized by a fleshy cap and gills.

Where To Find Agaricus Campestris Mushrooms And When

They are available from June to October, with their peak season being late summer.

These mushrooms have the typical caps that you’ll find in most mushroom species, but they may bear small scales on their exterior. The caps are between 1 to 5 inches (2.5 to 12.5 cm) in diameter and the young ones have a more hemispherical or umbrella-like shape which gradually flattens out with maturity.

The gills of these mushrooms are deep brownish pink in younger fungi and eventually turn into a rich dark brown shade as the mushroom matures. Keep in mind that the gills in more mature fungi may be infested with maggots or other contaminants so you need to inspect the gills carefully before picking up the mushroom.

Unfortunately, there are some toxic species that are similar to Agaricus Campestris in both appearance and texture. The most common one is Agaricus xanthodermus. The most distinct difference between the two is that xanthodermus has a deep yellow stain in its base as opposed to the reddish-brown hue of campestris fungi.

How To Grow Agaricus Campestris Mushrooms

Agaricus campestris are fairly easy to grow at home on a small scale. They require a similar growth process to that of Agaricus bisporus mushrooms. The most popular method to grow them involves the use of spawn spores (mycelium). You can obtain spores in big nurseries online and offline and from large online platforms like Ebay and Amazon.

Here is the growing process, step-by-step:

Note: make sure to keep these mushrooms at mild temperatures that do not exceed 60F (15.5C) or you’ll risk damaging the growth. Use a fan if necessary to reduce the temperature.

Similar to most edible mushroom species, Agaricus campestris mushrooms are very low in fats and calories but high in other nutrients such as Vitamin K, iron, calcium, and potassium. They also contain significant amounts of linoleic acid, which is a fatty acid involved in various body functions such as nervous system and hormone regulation.

Historically, there have been reports that field mushrooms were used back in the 1950s to treat cases of typhoid fever, due to their antiviral and antimicrobial properties. Since then, there is evidence suggesting that Agaricus campestris mushrooms have potent antioxidant, blood-glucose regulating, and anti-cancer properties.

Extracts of Agaricus campestris are also used in cosmetics, for skin rejuvenation and anti-ageing purposes.

How To Cook Agaricus Campestris Mushrooms

Agaricus campestris, in a similar fashion to white button mushrooms, are very versatile when it comes to cooking. You can enjoy them in various ways such as sauteing, roasting, grilling, boiling, etc.. They have a very subtle aroma and toasty flavor and go well with light marinades and sauces. If you are a fan of rich yet simple to make dishes, here is a good meadow mushroom recipe to try out:

Whether roasted, sauteed or grilled, these mushrooms will become a favorite family and guest dish. They have just the right amount combination of flavor and aroma. They also blend well with pretty much anything you combine them with. 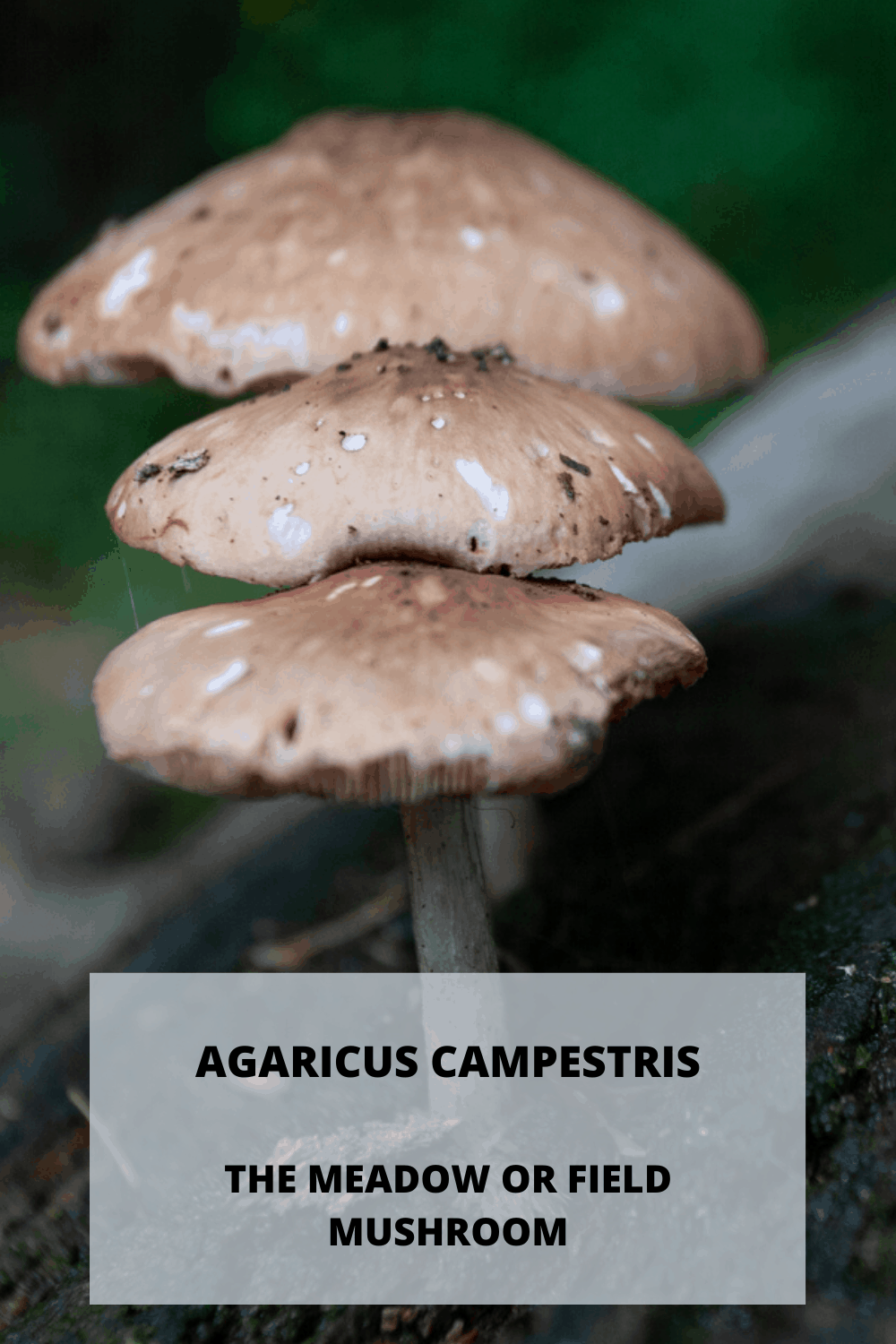