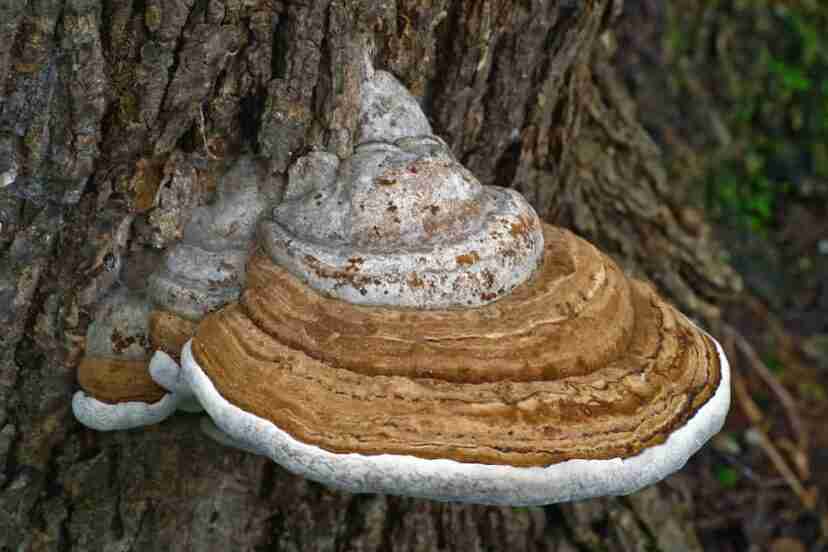 Artist’s conk mushrooms, also known as Bear’s bread and Artist’s bracket (Ganoderma Applanatum)  are fungi belonging to the polypores family of mushrooms, which have tiny pores underneath their cap instead of gills. Their name stems from their appearance, which resembles an artist’s canvas. As a matter of fact, the mushrooms can be dried and used as an artist’s canvas since scratching and painting their surface gives permanent results. They are related to the perhaps better known Reishi mushroom (scientific name Ganoderma Lucidum).

Where To Find Artist’s Conk Mushrooms And When

These types of fungi grow on the trunks of decayed living or dead hardwoods such as beech, oaks, poplars, elm and chestnut trees. They grow in multiple regions across the world, but they are most common in northern regions such as North America, Northern Europe, and Asia.

They are available all year round with their peak season being Autumn.

Besides their unique canvas-like appearance, they are slightly curved towards the edges and their shape resembles a big shell. The baby and younger mushrooms (fruiting bodies) start off as white and eventually become a greyish-brown shade with multiple white rings once they reach adulthood. Their fruiting bodies start anywhere from 1 to 4 inches (2 to 10 cm) across although their average size is 2 feet (60 cm) in diameter. The mushrooms have an uncountable number of pores underneath which release spores at their peak season (early Autumn). Young mushrooms are more tender to the touch whereas more mature mushrooms are drier and harder.

You can also distinguish them by their smell, which as described as deep and woodsy.

Fortunately, there aren’t any poisonous Artist’s conk look-alikes. The main look-alikes are the reishi mushroom, the red-belted polypore and the Agarikon mushroom, which are not toxic.

How To Grow Artist’s Conk Mushrooms

Artist’s conk mushrooms should be harvested with care in the wild and in minimal numbers as they are very useful for the forest ecosystem and their excess harvesting might decrease their population to the point of extinction.

Perhaps the only viable method available to grow your own mushrooms is through the use of mycelium in dead tree trunks or logs. The procedure is similar to growing reishi mushrooms. Once you have gathered artist conk mycelium/cultures from a mushroom nursery or speciality store on-line, the process is as follows:-

Artist’s conk mushrooms are best known for their medicinal rather than their culinary properties. The mushroom contains 400+ phytochemicals such as polysaccharides, trace minerals and antioxidant vitamins; some studies suggest that many of these can help with the following health conditions:

The mushroom has been used for centuries in Chinese medicine in dry, powdered, and tincture form. There aren’t any documented negative side effects, however, it’s always wise to start consumption at lower doses at first.

As well as eating them, you may also use them externally as an added ingredient in creams and serums to boost skin and nail health.

How To Cook Artist’s Conk Mushrooms

Artist’s conk mushrooms have a woody and somewhat bitter taste which many do not find unpleasant. They are also quite dry and hard to chew in their natural harvested form.  However, as a powder, you can use them as a flavoring and a nutritional booster in drinks (such as teas and smoothies) as well as soups and stews. They are especially good with citrus elements like lemon juice or orange peel. If you’d like to make a simple yet hearty soup that will keep you nice and warm during wintertime, try this recipe:-

Artist’s conk is a fascinating mushroom not only because of its medicinal properties but also because of its use in cooking (and also as an artist’s canvas). 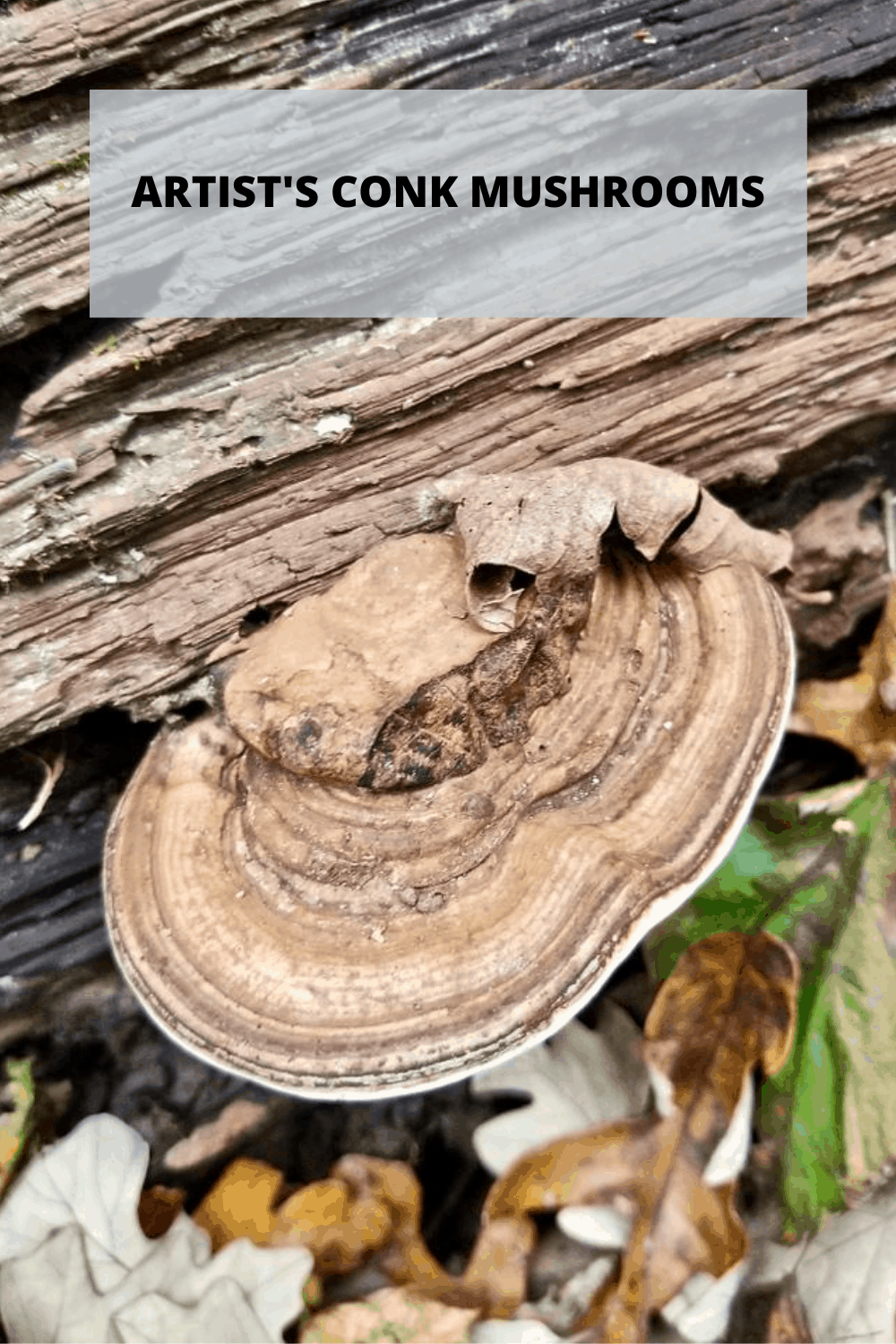