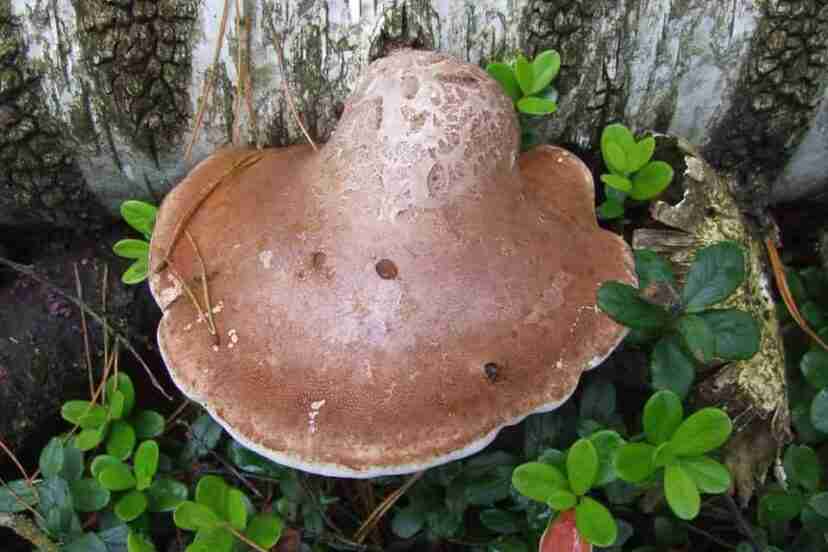 Birch polypores, birch brackets or razor strop (Fomitopsis betulina) are a parasitic fungus which as the name suggests, grows on decayed birch trees and eventually lead to the tree’s death, as they feed on decayed or dead organic matter.

Birch polypores are not usually regarded as a culinary treat. However, they have been used for thousands of years for their medicinal properties, including in ancient Egypt.

Where To Find Birch Polypores And When

Birch polypores grow exclusively on birch trees across North America, the U.K., Europe and some parts of Asia. They typically grow on decayed trunks in small clusters of 3 to 5 mushrooms or on their own. They eventually lead to the tree developing brown rot.

Their growing season runs from August until November.

Birch polypores have a pale beige fruiting body with a cap exterior with a greyish brown stain. The cap can be kidney-like in shape when young and eventually become semi-spherical with age. However, its actual shape may vary depending on the growing circumstances and its maturity stage. The average cap diameter is 4 to 8 inches (10 to 20 cm). You may spot them attached to a tree trunk with no stalk or sometimes they may have a short brownish stalk before the cap broadens out. The texture of Birch polypores is quite rubbery and becomes corkier as the mushroom reaches full maturity. The spores are not easily released and are only available when the mushroom is ready to harvest. They are typically greyish white and elliptical in shape.

This mushroom has no well-known look-alikes that also grow exclusively on birch trees, except for the Chaga mushroom, which is significantly darker and more irregular in shape.

There are no home growing kits or spores available to start growing your own Birch polypores. Perhaps the only way to grow them is to encourage their growth in their natural habitat. If you have old or decayed birch trees in your backyard, then these are a good base from which to start. An alternative is to cut off some weakened birch branches and lay them down on moist soil. If the Autumn weather is extra rainy and stormy in your area, you won’t have to provide any extra moisture yourself. Make sure, though, that the soil is moist and cool enough for them to grow. Some anecdotal sources indicate that they take around 6 months to grow fully.

There is a long history of the use of Birch polypores or their potent medicinal properties. They possess antibacterial, antifungal, and antiviral powers of use in treating a wide range of ailments. The active substances that are mainly responsible for their high medicinal value are called triterpenoids which, in addition to its acidic, enzyme and high polysaccharide content, make the mushroom extra powerful against bacterial, viral, parasitic, and fungal infections.

A very popular traditional use of Birch polypores is as a natural bandage. When sliced and dry, apply the mushroom to wounded or cut areas to stop bleeding and prevent bacterial infections.

Using the fungus in tincture form will fight stomach and intestinal parasites and eventually cause them to die off.

Another less known application of Birch polypores is their use (in dried form) in teas and drinks as a laxative and a calming nervous system agent. Some evidence suggests that they reduce stress and fatigue in people who suffer from mild yet regular episodes of the above.

In addition, the beta-glucans contained in Birch polypores have potent immune-system boosting properties. These properties may inhibit cancer formation through controlling angiogenesis, which is the creation of new blood cells that nourish a tumor.

How To Cook Birch Polypores

Birch polypores, when eaten raw or slightly cooked, have a bitter taste and a semi-hard rubbery texture. Some describe their taste and texture as like eating styrofoam and for this reason, they are not popular as edible mushrooms. However, you may use them in dried or tincture form to reap their medicinal properties. A very simple way to dry them is to slice them extra-thin. Follow this up by freeze-drying them or dehydrating them using a small food dehydrating device. You may then keep them for up to a year.  Add them to liquid-based foods and drinks such as soups, stews, and teas.

If you are looking for a healthier alternative to ordinary caffeine tea or coffee, get some Birch polypore powder. Alternatively, grind your own using several slices of dried mushrooms and a grinding device. You can store the powder in a mason jar in a cool and dark place. To make your birch polypore tea or coffee use 1-2 teaspoons of the powder per cup. Add a bit of honey or agave syrup to sweeten it up and tone down its bitterness. It also tastes great with a bit of coconut or hazelnut milk.

Fun fact: These mushrooms have also been used for sharpening knives (hence their name “razor strop”). Families and people who could not afford fine leather for sharpening their blades used them in this manner. 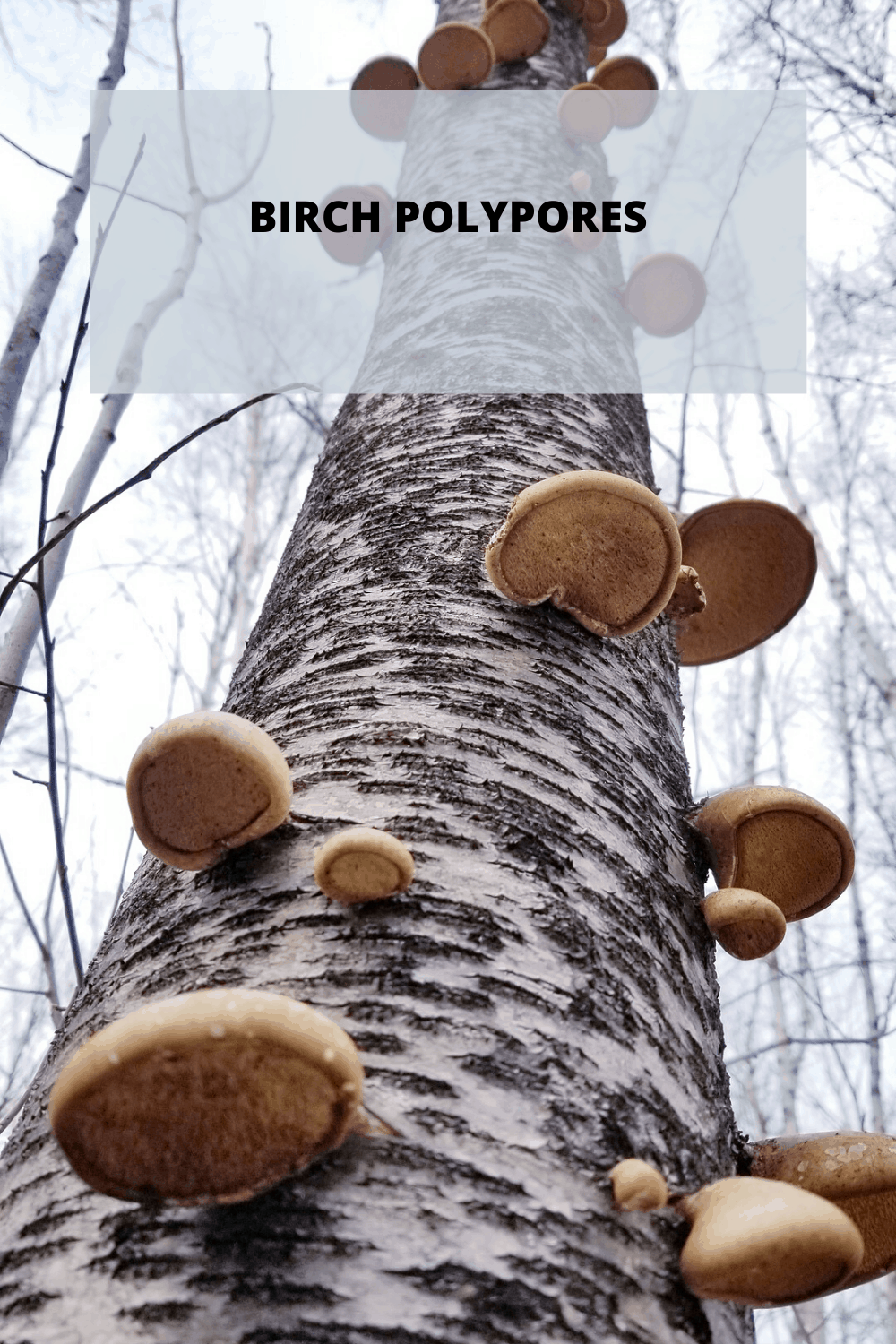