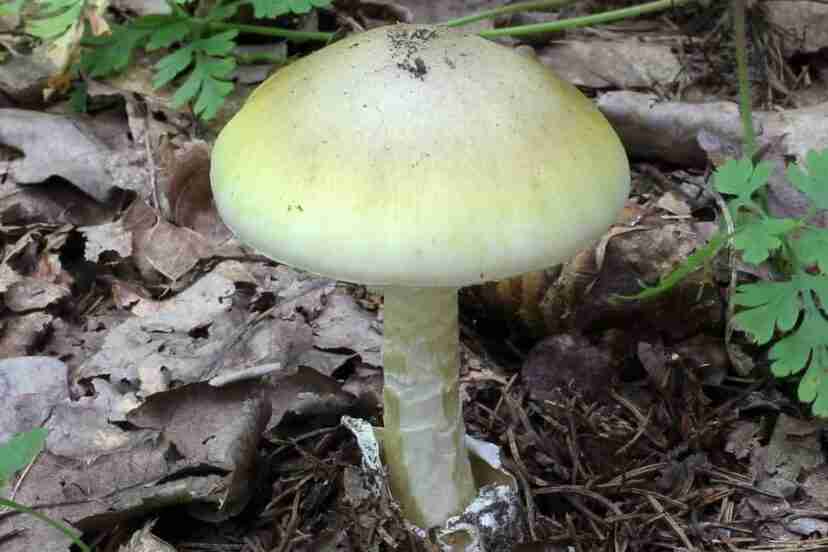 Death Cap mushrooms (Amanita phalloides) are a type of toxic wild fungus that resemble a few other edible types of fungi in appearance and texture. Death Caps, though, are highly poisonous and should be recognized as such by both amateur and professional mushroom hunters. Their epithet “phalloides” stems from the Greek word phallus (male organ) and was given by French Botanist Sebastien Vaillant circa 1727, because of their phallic appearance when immature.

Some of the outer features of Death Cap mushrooms are varied and so they are hard to distinguish by amateur mushroom hunters, so if you wish to know how to recognize these as well as some toxicity facts about Death Cap mushrooms, read on.

Where To Find Death Cap Mushrooms And When

Death Cap mushrooms grow across multiple parts of the world. Europe (U.K., Scandinavia, the Balkan countries) and Eurasia (Russia) are the most common habitats of these mushrooms. They also grow (although less frequently) in North America, North Africa (Morocco, Algeria) and East Asia (China, Korea, and Mongolia).

These mushrooms grow in the base and near the roots of hardwoods like oaks, beeches, chestnuts, pine, and spruces. They are found less often with coastal oak trees, eucalyptus, hemlock and hazelnut trees.

Their peak season is Summer to early Autumn.

How To Identify Death Cap Mushrooms

Death Cap mushrooms are easy to identify when they are young, as their fruiting body resembles a small male organ. However, when the mushrooms fully grow and mature, their caps have a typical umbrella-like shape (but a bit flatter) and a tarnished yellow-white exterior. Their cap stretches anywhere from 2 to 6 inches (5 to 15 cm) in diameter. The cap has a sticky surface when damp. The gills beneath the cap of the mushroom are a beige white and free. The stem is white for the most part with greenish-grey scales and typically grows between 3 to 6 inches (8 to 15 cm) in height and 1 to 2 inches (2.5 to 5cm) in thickness. Their volva (base) is thick and sac-like and it’s one of the most distinctive features of the fungi. It’s therefore wise to remove some soil and debris to check it without directly touching it.

The spore print is a semi-transparent white and is egg-shaped. However, it is difficult to see with the naked eye. The spores also turn bluish with the addition of iodine.

There are quite a few species that may look like Death Caps in appearance. Many people will confuse Death Caps with these species. The most common is the paddy straw mushroom, which is widespread in Eastern Asia and some temperate regions. The paddy straw mushroom bears a similar cap to that of Death Caps in their button phase. But the former has a pink spore print and darker gills as opposed to the whiteish spores and off-white gills of Death Caps. Puffball mushrooms are another common look-alike to young Death Cap mushrooms. However, puffballs do not have any spore-bearing gills like Death Caps.

Most edible look-alikes of Death Caps have darker gills or no gills at all. If the gills are yellowish-white and the spores are transparent whiteish, then you are probably dealing with a Death Cap.

The Toxicity Of Death Cap Mushrooms

Death Caps, as their name suggests, are highly toxic. Death may result in some cases if the subjects are not treated with an antidote.

The two substances responsible for the toxicity of these mushrooms are phallatoxin and amatoxin which form the poison amanitin. The poisoning symptoms typically start to occur within 48 hours following consumption. During this stage symptoms like nausea, dizziness, headaches, and cold extremities are very common. Some of these symptoms and especially nausea intensify over 1 to 2 days and episodes of diarrhea can also happen. It is possible for someone to appear to recover after 1 or 2 days but usually even in such cases, serious liver damage has already occurred.

Sensitivity to these substances varies from one individual to another. Ignoring the early symptoms will often lead to death. Gradually severe dehydration, kidney failure, liver failure, and finally death (within 8 to 12 days) will occur. In small children under the age of 7, death can occur within just a few hours. However, there are some individuals who have survived the toxic cycle of the poison in the liver and kidneys. Where this has occurred without using a specialized treatment (see below), it has been thanks to frequent re-hydration. In these cases, the kidneys have managed to expel all the poisonous compounds in the bladder. Urinating will remove all remaining traces of the poison.

Currently, the main treatment for poisoning by Death Cap mushrooms involves infusions with a high density of thioacedic acid.  An alternative is the use of drugs such as Silibinin and acetylcysteine that stop the spread of poisonous amanitin in the liver or kidneys.

Avoid Death Cap mushrooms. If you encounter anything that looks remotely similar to it and you are not certain of the species, just leave it be.