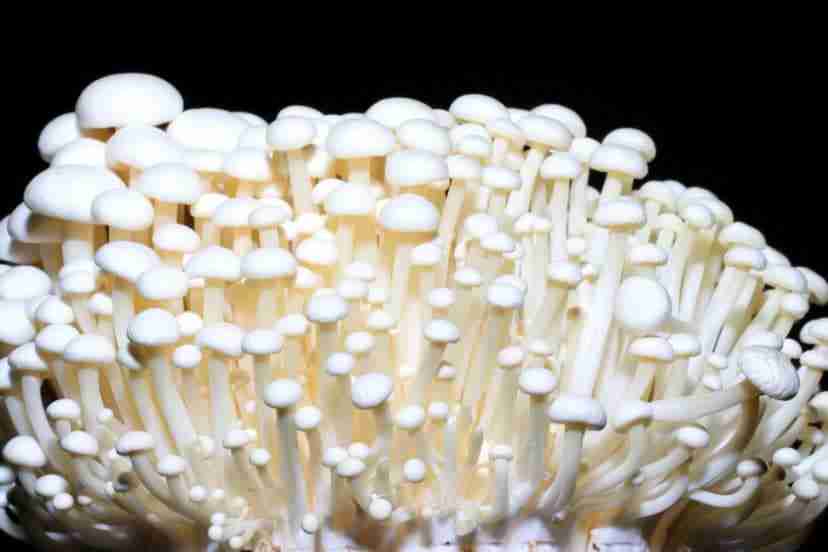 Enoki mushrooms (scientific name Flammulina velutipes) are a variety of mushroom which is popular in Asia, particularly in Japan, China, and Korea. Known as “Enokitake” in Japan, in China it is called “Jingu”, and in Korea it is called “Paengi beoseot”. In the wild these mushrooms are saprotrophic, which means they feed on dead organic material and particularly stumps and roots of wood such as ash, mulberry, and persimmon trees. Enoki provides a popular ingredient for soups and for making salads and other dishes.

Where And When Can You Find Enoki Mushrooms?

Wild Enoki mushrooms, as specified earlier, grow in Asian regions and especially China, Japan, Korea, and Vietnam. They inhabit the stumps of several trees such as Chinese Hackberry or ash trees.

Typically, Enoki grows in groups of 5 to 8 mushrooms on average and are rarely spotted individually. They grow from September through March, which is why they are often labelled as Winter Fungi/mushrooms. Sometimes they may even pop up in snow-covered areas if the ground and conditions are right.

How To Identify Enoki Mushrooms

Enoki which have been commercially grown are long and thin with a small cap. Because they are grown in reduced light, they are white in color. The names for this commercial cultivar are the golden needle mushroom, the futu mushroom, the lily mushroom, and the seafood mushroom. In that they have variants, Enoki is similar to Shimeji mushrooms.

Enoki mushrooms growing wild, as opposed to commercially farmed ones, have shorter and thicker stems and a darker cap color which ranges from dark peachy brown to pink and light yellow with a bit of sheen. They also have no ring on their stems. Their caps measure anywhere from 0.4 inches to 2.75 inches (1 to 7cm) in diameter and their stems are 0.75 inches to 4 inches (2-10 cm) on average. The typical stem length of a wild Enoki mushroom is 2 inches (5cm). The common names for wild Enoki are the velvet shank, velvet stem, velvet foot, winter fungus, and winter mushroom.

Galerina marginata (commonly known as the Funeral bell or Deadly galerina) is the most common poisonous look-alike for Enoki. These mushrooms look similar from a distance to Enoki, but they grow mostly isolated in grassy areas and have brownish gills with rusty spore prints.

How To Grow Enoki Mushrooms

The simplest way to grow these mushrooms is to buy an Enoki mushroom grow kit.

Enoki mushrooms have been regarded as amongst the healthiest of mushrooms for thousands of years in Asia and are freely available online. Their benefits are said to include the following:-

Enoki provide a storehouse of nutrients, vitamins, minerals, antioxidants, proteins, and many phytochemicals; it is one of the most common remedy/tonics given to cancer patients in Asia.

Some important nutrients found in Enoki mushrooms are vitamins B3, B5, B1, B2, phosphorous, copper, and iron. It also contains amino acids like threonine, tryptophan, leucine, lysine, and isoleucine. In addition, Enoki contains a good amount of dietary fiber.

These mushrooms have a high antioxidant content. This helps to boost the immune system. All the nutrients and amino acids they contain improve resistance to disease.

Because of this immune-boosting characteristic, Chinese and Japanese traditional medicines use Enoki to treat liver problems, high blood pressure, stomach ailments, and many more conditions.

It helps eliminate fats in the gut due to its rich content of conjugated linoleic acid.

Its rich fiber content helps to bring down high levels of sugar and aids in controlling weight.

Using Enoki as a regular part of one’s diet can keep allergies such as asthma, eczema, and rhinitis under control

It promotes the metabolic processes that go on in the body. This aids the absorption of nutrients and elongates your lifespan.

How To Cook Enoki Mushrooms

Enoki has a mild and fruity taste and is easy to cook with.  Eat Enoki raw or cooked, but either way clean them prior to use. Use them in soups, savory pancakes, and noodle dishes. There are many recipes providing a variety of ways you can include this healthy food in your daily regimen, as in the one given here for stir-fry Enoki:-

Enoki mushrooms are easy to obtain, good to eat, and nutritious. There are many ways you can include them in your diet. They can boost your immune system and your overall health. 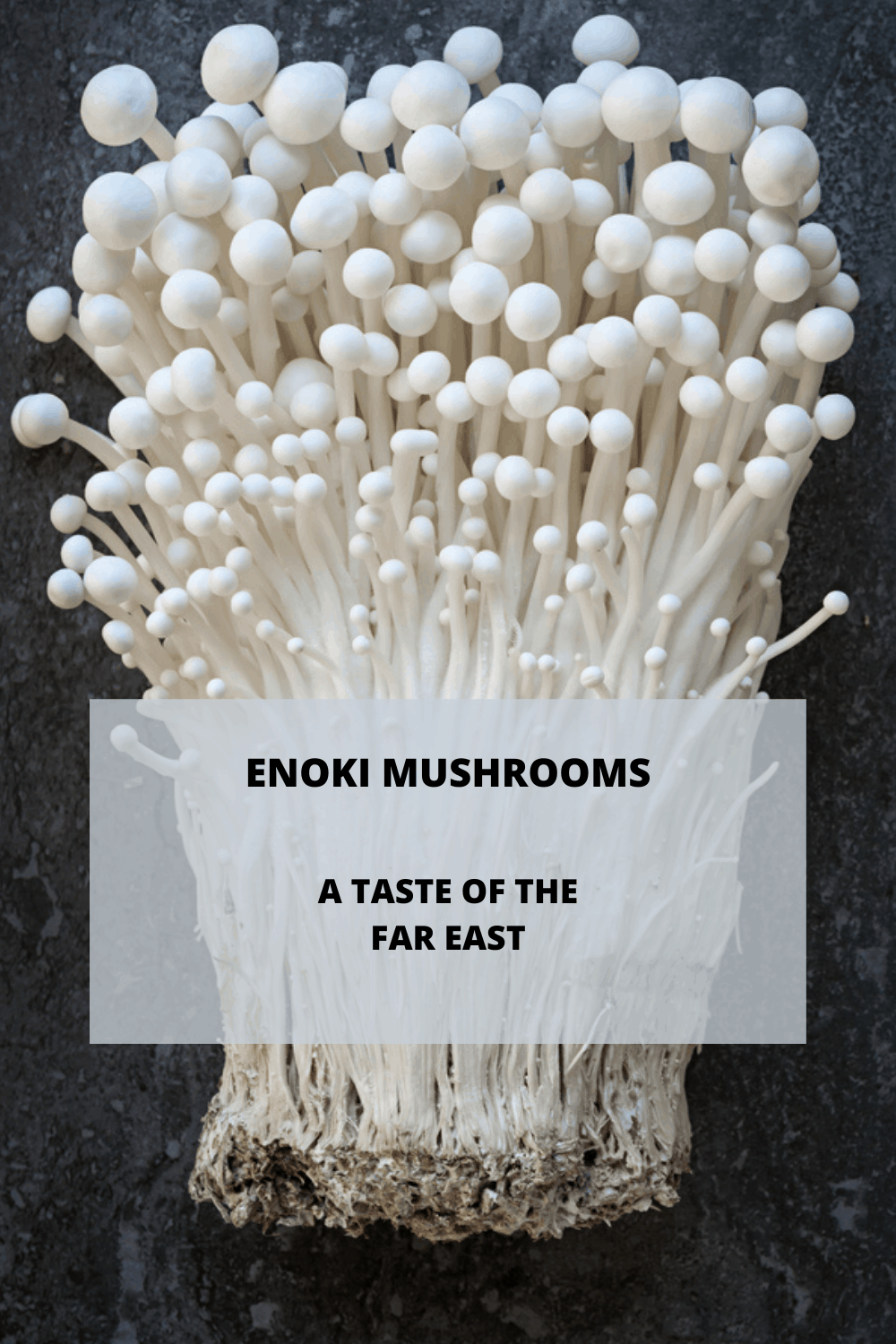