Jack O’Lantern mushrooms (scientific name Omphalotus olearius) are toxic gilled fungi that are commonly mistaken for (edible) Chanterelles which are similar in color and shape. Their name stems from the fact that they have a pumpkin-like color and that they grow mainly in October, during the Halloween season. Another possible explanation for their name is that their gills glow in the dark, just like illuminated Jack O’Lanterns.

The Jack O’Lantern was noted in 1815 by Augustin Pyramus De Candolle, who gave it the binomial scientific name Agaricus olearius. We now call it Omphalotus olearius, this dates from a 1946 publication by mycologist Rolf Singer.

Although not deadly poisonous, their toxic compounds can cause various symptoms of mild poisoning.

Where To Find Jack O’Lantern Mushrooms And When

Jack O’Lantern mushrooms grow in woodland regions across Europe, South Africa and occasionally in North America (where a similar toxic species called Omphalotus illudens grows in the eastern parts of the continent). The fungi are saprotrophic in nature which means that they feed on dead or decaying hardwood material such as the base of tree trunks or on stumps.

They grow in large clusters and their peak season is late summer to late autumn.

Jack O’Lantern mushrooms are fairly easy to distinguish because of their deep pumpkin orange color. The mushroom has true gills which run down the stem and are very dense. The gills are a greenish orange. The cap of the mushroom stretches anywhere from 1 to 8 inches (3 to 20cm) on average in diameter. It has a middle point that is semi-flat at first and eventually grows to look like a small vase. The central region of the cap has a nipple-like point which looks paler than the rest of the mushroom. The stem is oblong and grows anywhere from 1 to 5 inches (3 to 13cm) long. It is slightly bulky and tapers down towards the base.

The flesh, when cutting through its cap and stem, is a pale orange. The odor of the mushrooms is very subtle and is slightly earthy.

Jack O’Lanterns are members of the genus Omphalotus which have bioluminescent fruiting bodies which glow (faintly) in the dark.

Another related mushroom found in Japan and eastern Asia, also in the Omphalotus genus, is the Tsukiyotake mushroom (Omphalotus japonicus). It has the same bioluminescent traits and contains the same toxic compounds (see Toxicity below).

One other similar orange-colored mushroom is the Deadly Webcap (Cortinarius rubellus) found in Europe and North America which is also highly toxic.

Jack O’Lantern mushrooms contain two toxic compounds known as illudin and muscarine. These compounds are not lethal but can lead to various unpleasant symptoms like upset stomach, vomiting, diarrhea, dizziness, excess salivation, and strong cramps. The symptoms typically occur within a few minutes to an hour following consumption and last several days.

If the symptoms don’t subside on their own after a few days, go to hospital for rehydration treatment with intravenous liquids and liver activity tests. These tests will ensure that liver function is not affected by the consumption of these fungi. The ingestion of the mushrooms can reduce potassium levels requiring a check for this as well. This is especially true in more sensitive individuals such as people with diabetes or liver disease.

The mushrooms are also mildly toxic to common pets such as cats and dogs. The result is similar symptoms to humans such as vomiting, diarrhea, and sharp abdominal pain. If you suspect that your pet has ingested Jack O’Lantern mushrooms, give them some milk to help neutralize the poison and then consult your vet.

Although eating Jack O’Lantern mushrooms won’t kill you, it’s important to be able to identify them. In this way you can avoid ingesting them and then falling ill. Take a look at this book about poisonous fungi on Amazon. 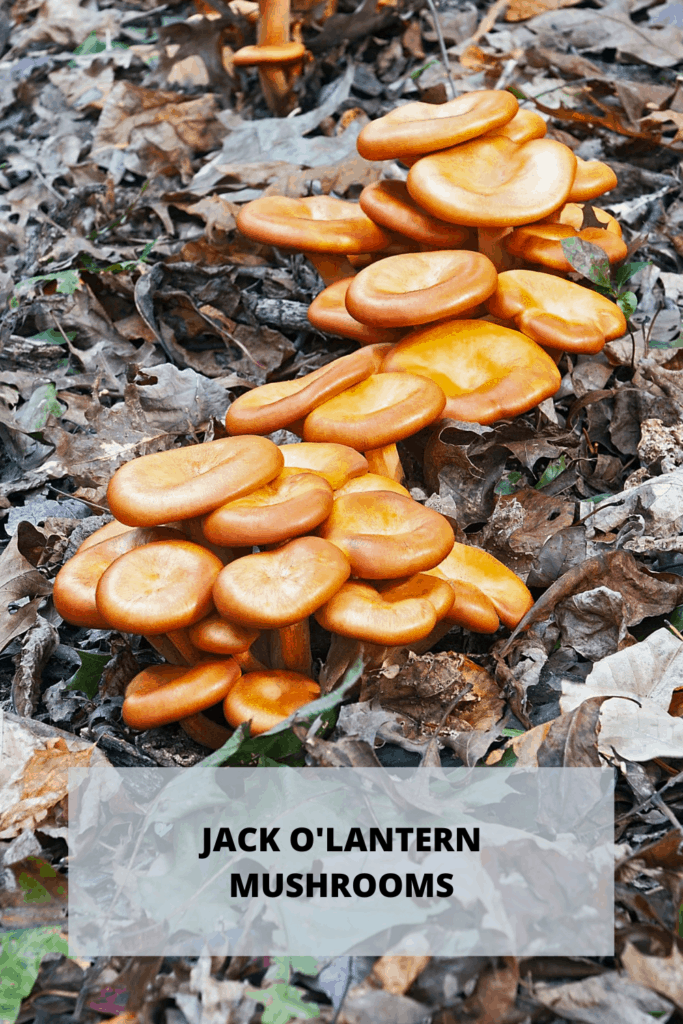