Home » Edible Mushrooms » Parasol Mushrooms – What You Need to Know

Parasol Mushrooms (Macrolepiota Procera) are a species of edible fungi that belong in the genus of Macrolepiota which are species characterized by a unique appearance and varied texture. Their name “Parasol” was given because of their cap, which resembles a Parasol or umbrella. They were first discovered and named by Italian herbalist and naturalist Giovanni Antonio Scoppoli in 1772 and were classified later by the German mycologist Rolf Singer.

These mushrooms are quite a popular choice for cooking, especially in Europe and the U.K. and their big fleshy cap is ideal for producing creative twists to famous foods like pizza or pie crusts.

Where To Find Parasol Mushrooms And When

Parasol mushrooms grow natively in temperate regions across the world such as South America, Africa, India, Japan but they are also found in Northern parts of Europe, the U.K. and North America. They grow in open-space grassy areas, and they feed on dead organic matter but unlike other mushroom species, they are not very closely attached to hardwood trees. They favor well-drained soil and are often spotted alone or in small clusters of (on average) 3 to 5 mushrooms.

In the U.K. and Europe, Parasol mushrooms can be found from July to early November with the peak season being late August to September.

How To Identify Parasol Mushrooms

Despite the Parasol mushroom’s unusual appearance, these mushrooms have several look-alikes. Some of these are toxic or potentially toxic for human consumption so take care when foraging for them. The most distinct feature of genuine Parasol mushrooms is their large fruiting caps which reach up to 15 inches (40 cm) in diameter in adult mushrooms and which have light brown scales, starting from the middle of the mushroom. The gills are separate from the stem and very dense. These mushrooms have a thin stipe (stalk) compared to its body being around 2 to 3 inches in diameter (5 to 8 cm). The stalk tends to be darker in color because of the higher concentration of deep brown scales on its surface. It’s also very fibrous in texture and quite firm. Lastly, the spores are ellipsoidal in shape and are white.

Note that younger fungi have a cap resembling a large cotton swab. You will be able to distinguish them from other species by their deep warn brown snake-like scales and fibrous scaley stem as well as white spores.

The Shaggy Parasol (scientific name Lepiota rhacodes) is a species which is similar in appearance to the Parasol. This has a similar color and shape, but it is much smaller in size. It is not very toxic but may cause digestive issues and sickness in some people, especially when eaten raw. Another common look-alike, which grows mainly in North America is the False Parasol (Chlorophyllum molybdites), which can cause poisonous and allergic reactions. However, this fungus has greenish gills and light green spores which are tell-tale signs that they are not edible Parasol mushrooms.

Parasol mushrooms are a bit challenging to grow at home. However, it’s possible to grow them using a mixture of compost and straw layer substrate and a similar method to growing horsetail mushrooms. The mushroom substrate has to mature for several weeks before it can be inoculated and placed outdoors. Keep in mind that this mushroom grows in relatively low temperatures between 54 to 68 F (12 to 20C).  So, start the cultivation process in a cool and dark place first such as a basement. Then later on, take your growing bed outside. Here is the basic process for growing Parasol mushrooms:-

Parasol mushrooms have a high nutritional value. They are an excellent choice for vegans as they pack good amounts of protein, B-vitamins, fiber, and other nutrients such as iron, zinc, potassium, and copper. As with other mushroom species, they are low in calories.

There are not many studies regarding the medicinal properties of these mushrooms. However, a couple of studies have found that Parasol mushroom extracts, in particular, may help fight cancer cells and show anti-microbial activity, which aids the immune system’s capacity to fight microbial infections.

Parasol mushrooms have a distinctive smell and taste that resemble that of maple syrup. This is because it’s sweet and tarty at the same time. The best ways to cook and enjoy them are sauteing, deep-frying, and baked in the oven. You can also use their cap (if it’s large enough) as a pizza crust or stuffed with extra ingredients. If you fancy deep-fried and crunchy recipes, here is a Parasol mushroom recipe to try out:-

Keep in mind that for safety reasons, it’s best to cook these well. Eating them raw may cause an upset stomach and other digestive problems in some people.

Parasol mushrooms are interesting to look at because of their distinctive appearance and have the added bonus of being very healthy and nutritious to eat. 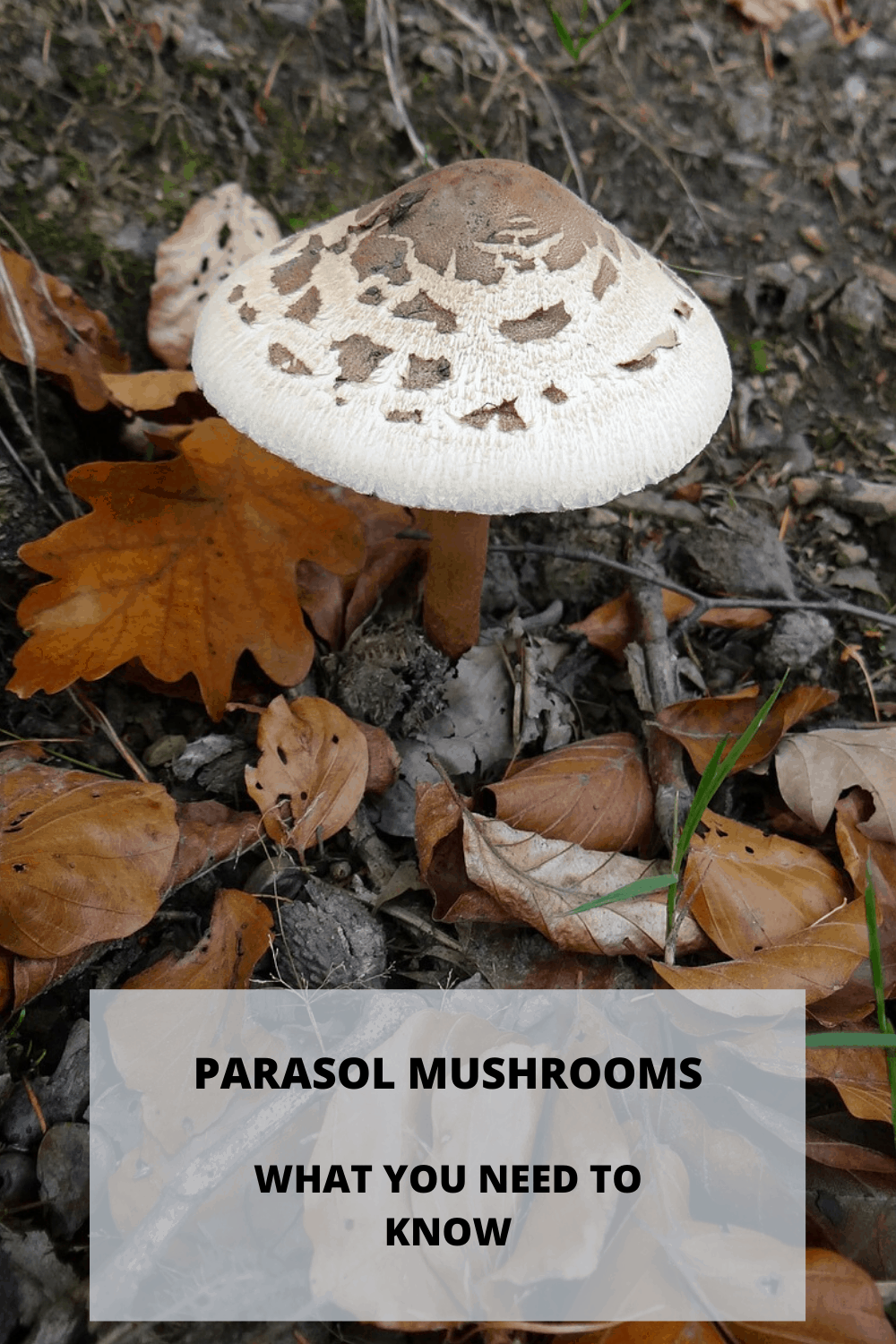