Picking your own mushrooms can be an enjoyable way of obtaining these nutritious fungi. However, it’s important to be on the alert for poisonous mushrooms. Some poisonous varieties look very similar to their edible relations. The purpose of this article is to provide information about poisonous mushrooms and how you can identify them.

Only a few bites of a Death Cap mushroom are enough to kill someone. The symptoms will not occur until one or two days after eating and death will follow in up to one week. Death Caps have a round silver cap on top and a white stem. They grow close to the ground under shrubs and bushes.

What makes them more hazardous is that they grow well in towns and cities. Unlike most poisonous plants and mushrooms, these mushrooms don’t have a bitter taste. Once the symptoms have started to appear, the damage is already underway.

Most deaths caused by mushrooms are due to Destroying Angels since their poison is difficult to treat. By the time symptoms occur, around five hours after ingestion, the damage to the liver and kidneys is irreversible.

Jack O’Lantern mushrooms are orange in color. They grow in clusters and have gills. This helps to differentiate them from Chanterelles, which are similar in appearance and edible, but which do not have proper gills.

Dying after eating a Jack O’Lantern is very unusual, but it’s still worth avoiding these poisonous mushrooms.

Morels are tender and full of flavor – they can be found near dead trees in colder climates in the spring. However, false morels (scientific name Gyromitra esculenta) grow in similar environments; this is a category that encompasses several species of poisonous morel-like mushrooms.

Eating a false morel doesn’t always result in death. Some people deliberately cook these mushrooms just like a traditional morel. However, the combination of a mushroom with a relatively high level of poison and a person with a high level of sensitivity to that poison can result in symptoms such as diarrhea, vomiting, and, finally, death.

The Fly Agaric mushroom (scientific name Amanita muscaria) is very distinctive because of its red-colored cap with white spots. It is often dried and eaten for its hallucinogenic effects.

This mushroom is poisonous, although fatalities rarely occur since only eating large amounts of the raw mushroom will result in death.

Being able to identify poisonous mushrooms from non-poisonous varieties is a key skill. A good guide is always useful. Be alert when collecting mushrooms – if you’re not sure about a mushroom, then don’t pick it. 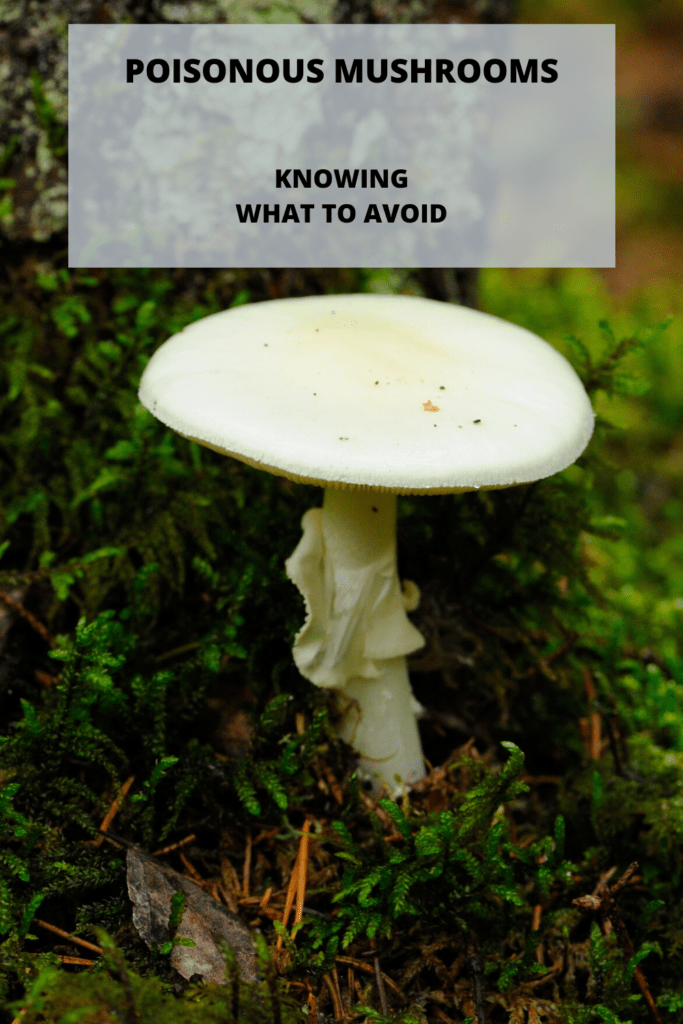