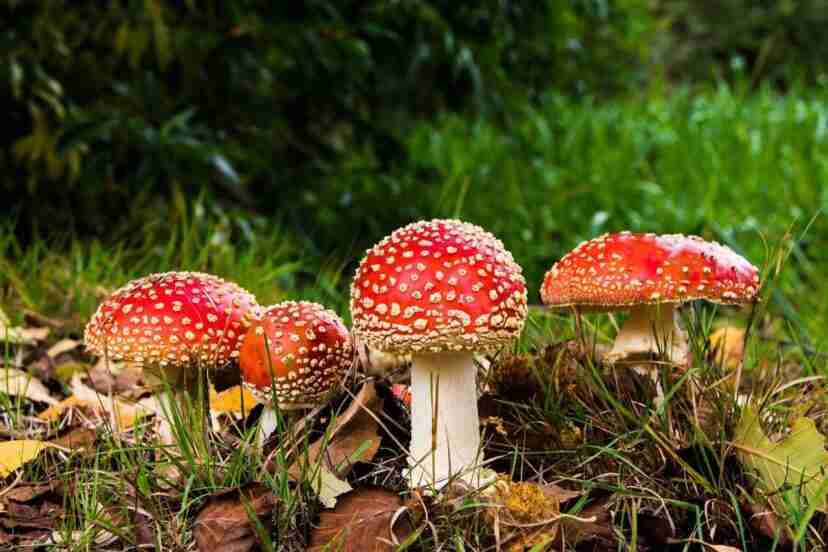 There are estimated to be as many as 10,000 species of mushrooms. Some mushrooms share similar traits such as saprotrophic mushrooms which live off decomposing matter.  These shared characteristics allow scientists to classify them in one of four categories.

The four main classifications are:-

These classifications refer to the way in which the mushroom receives nutrients. Knowing about these groupings may help you to decide which type of mushroom(s) interest you the most.

Saprotrophs are decomposers that live off decomposing dead organisms. They are split into three groups: fungi, bacteria, and water mold. Ecologically they are important in helping to recycle nutrients and other substances.

This category of fungi includes many common edible mushrooms including morels, white button, and shiitake. Saprotrophic mushrooms grow on dead and decaying wood. They are able to break down plant matter and convert it into nutrients, and they accelerate the decomposition of their host in doing so. These fungi have a key role in breaking down plant matter, where most of the carbon in terrestrial ecosystems is to be found. The action of the fungi helps return much of this carbon to the atmosphere as CO2. These mushrooms need water, oxygen, neutral or acidic soil, and cool temperatures.

Mycorrhizal mushrooms have a symbiotic relationship with their host plant. This link between the two enables both the mushroom and the plant to gain from it. The mushroom receives some of the plant’s sugar. The mushroom provides the plant with water and protection against certain diseases.

For parasitic mushrooms, the relationship is one-way in the mushroom’s favor.  Cordyceps are a common example of parasitic fungi that grow on the backs of caterpillars and other insects replacing the host’s tissue with their own. Some Cordyceps are parasitic on other fungi.  Cordyceps are a grouping comprising around 400 species. They thrive in humid temperate and tropical forests.

Endophytes, like parasitic mushrooms, take over their host plant’s tissue. Endophytes do not harm the host and have a symbiotic relationship. They help the plant host obtain nutrients, water, and give protection from disease.

Not all of these species develop into mushrooms. Almost every plant has an endophytic fungal infection of some description.

Of the myriad varieties of mushrooms, it’s likely that there will be some that will pique your interest. Knowledge of the different categories of mushrooms will give you an indication of which type you might be interested in eating and also, perhaps, in growing.