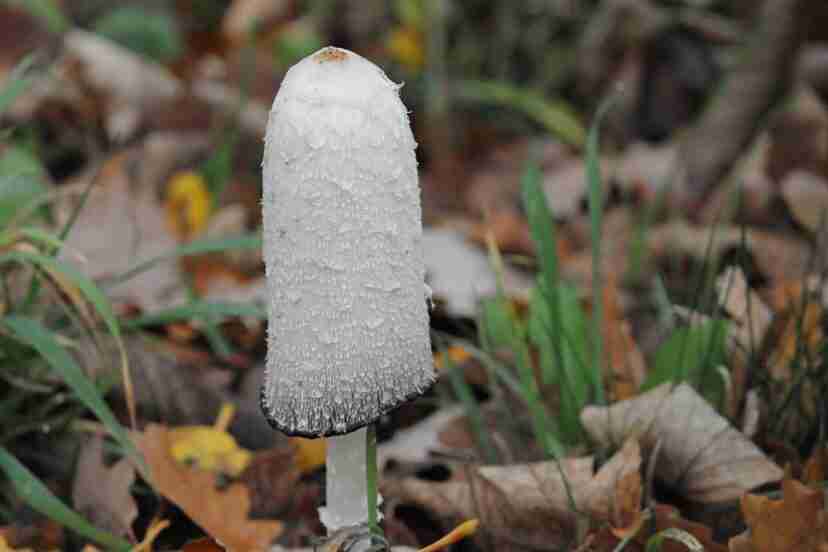 Shaggy mane mushrooms (Coprinus Comatus), shaggy ink caps, or lawyer’s wigs, are a type of edible fungus commonly found in lawns and grassy areas. They were first discovered and described by Danish Naturalist Otto Friedrich Müller in the 18th century and named by Christiaan Hendrik Persoon. Their names “comatus”, “shaggy” and “lawyer’s wig” stem from their hair and wig-like appearance.

The “ink cap” name derives from the fact that, once they have spored, these mushrooms turn into a thick black ink.

Where To Find Shaggy Mane Mushrooms And When

Shaggy mane mushrooms are native mainly in Temperate regions; specifically Northern Europe, the UK,  North America, Australia, New Zealand and Northern Asian regions. Despite being saprotrophic (feeding on decayed or dead organic materials), they are typically found in grassy areas, fields, and meadows and rarely (if ever) near or on old trees. You can also find them across suburban roads or roads and pathways where the ground has been lightly disturbed. They usually grow in clusters of 3 to 5 mushrooms on average and do not tend to be solitary.

Their peak season, especially in the UK and North America, is from June to early November.

As specified earlier, shaggy mane mushrooms have a unique hair/wig-like appearance which makes them easy to distinguish amongst other species. They have an oblong and dome-like shape with long and visible stems that stand tall a few inches above the ground. The younger ones start with an oblong cap that measures 1 inch (2.5cm) on average. The caps of mature mushrooms can grow up to 6 inches (15cm) in length.

Their main color is an off-white with light brown scales, which give the mushrooms their characteristic “shaggy” look. The gills underneath their caps are dense and independent of the stem (they don’t touch the stem). Their color ranges from white to pink and finally black, depending on their stage of maturity. The stem of the mushrooms is also oblong but much smaller and slimmer compared to the cap. It grows up to 12 inches (30.5cm) in height and has a smooth exterior yet slightly fibrous texture inside, without any visible brown scales or stains.

As mentioned earlier, a key distinguishing feature of shaggy mane mushrooms is that they release a dark liquid mixture once they have spored, resembling the ink that squids release or if an ink pen bursts.

There are not many species that look like shaggy mane mushrooms. However, there are a couple of fungi types with similar characteristics that may confuse amateur mushroom hunters. One the most common ones is Coprinopsis atramentaria, the Common ink cap or inky cap which is partially edible. However, the inky cap may cause allergic and poisonous reactions when mixed with alcohol. Another look-alike is the Magpie Inkcap (Coprinopsis Picacea), which has darker brownish scales and a more triangular shape.

Similar to most mushroom species, shaggy mane mushrooms have adequate amounts of proteins, vitamins, and minerals and are quite low in calories. This makes them a good choice for those who want to lose weight and boost their nutrient intake. Shaggy mane mushrooms specifically contain anti-oxidant substances called “beta-glucans”, polysaccharides. They also contain essential fatty acids such as oleic acid and palmitic acid. These acids are responsible for various health benefits such as:

Shaggy mane mushrooms are also found in traditional Chinese medicine.  They are used in tincture or powder form as liver, kidney, and blood circulation-boosting agents.

Shaggy mane mushrooms’ mild flavor yet rich texture makes them a versatile base ingredient that you can use in many cooking methods and recipes. Grill, stuff, bread or sautee them with eggs and vegetables. Use a medium to low heat for most recipes. Cook them for up to 20 minutes if whole, and up to 10 minutes if chopped or sliced. If you are a fan of rich recipes with a bit of crunch, here is a shaggy mane mushroom recipe to try out:-

Note: avoid using any alcohol when cooking or eating these mushrooms. Alcohol plus shaggy manes can trigger chemical reactions that may cause indigestion and also light poisoning in some people.

Shaggy mane mushrooms are quite interesting to look at, have some medicinal properties, and are handy to cook with. 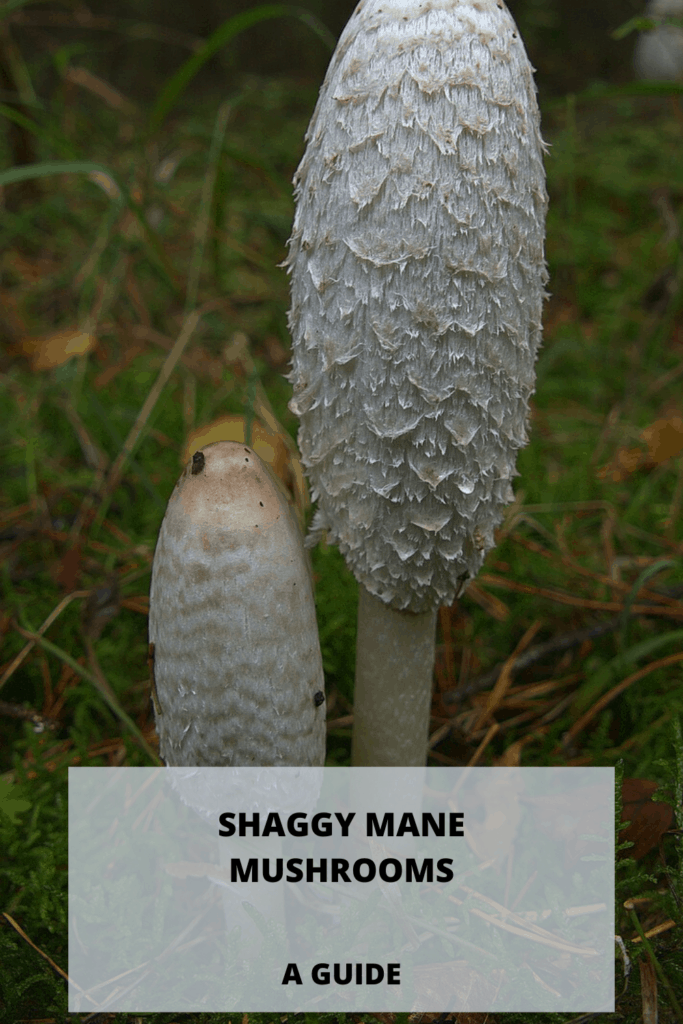