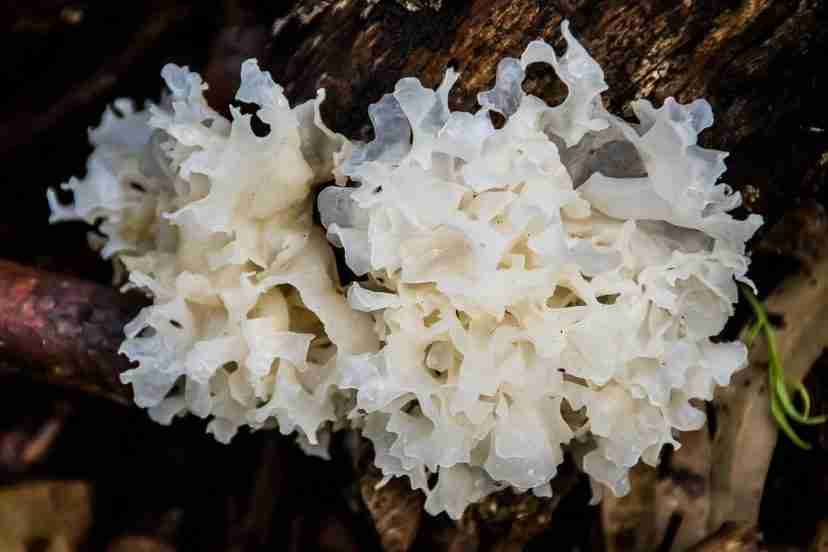 Tremella mushrooms (scientific name Tremella fuciformis) are a species of fungus that look a little like a snowball, hence it is also known as “snow fungus”. Tremella produces white, frond-like, gelatinous basidiocarps (fruiting bodies), which makes its appearance look more akin to sea anemones than other mushrooms. In fact, its name in Japanese literally translates to “white tree jellyfish”. It is commonly found in the tropics and usually grows on the dead branches of broadleaf trees.

Tremella mushrooms are commercially cultivated and are one of the most popular fungi in the cuisine and medicine of China. Their popularity in the west is growing quickly as people are discovering the benefits of Tremella mushrooms for beauty (it is also known as the “beauty mushroom”).

Where To Find Tremella Mushrooms

The Tremella mushroom is almost pure white in color though it appears transparent near the edges. The texture looks jello-like, but is actually quite firm. The individual mushrooms are usually relatively large in size – about 3 inches (8cm) across and 1.5 inches (4cm) high.

The mushrooms should have a mild pleasantly sweet smell, and taste the same way.

Sparassis spathulata is mushroom that has a similar appearance, although it is firmer than the jelly-like texture of Tremella. Fortunately, this mushroom is equally edible, so should you find it and mis-identify it, you won’t face any negative repercussions.

How To Grow Tremella Mushrooms

For a long time, the Tremella fuciformis was only really found in the wild. It wasn’t until relatively recently that people started cultivating the mushrooms in China. In 1894 during the Qing Dynasty, it was discovered that they were, in fact, mycoparasites. In other words, fungi that eat other fungi, and therefore they needed other fungi for nutrition, rather than wood which is used by many well-known mushrooms.

Tremella mushrooms have a high level of antioxidants, as well as providing powerful anti-inflammatory benefits. They have been used in Chinese medicine since as early as 200AD. Tremella was extremely expensive at the time and was only sold to the nobility.

Tremella are rich in fiber when eaten fresh or dried. While it may sound counterintuitive to eat foods your body does not often absorb, fiber is incredibly important for your digestive health. Soluble fiber helps lower cholesterol and normalize blood glucose.

The Benefits of Tremella Mushroom Extract For Skin

One of the most famous benefits of Tremella mushrooms is their ability to revitalize and protect your skin.

Tremella extract can reduce apoptosis. Apoptosis is when natural cell death occurs in our skin fibroblasts. Fibroblasts are cells that synthesize collagen and play a major role in healing wounds. Collagen is what makes our skin retain its elasticity and youth, so the better we can synthesize it, the better our skin looks.

Minerals, such as magnesium and zinc are essential to healthy brain and organ function, including our skin. Vitamin D is also essential for our skin health, and a 2014 study found that those with a vitamin D deficiency had a greater occurrence of acne.

Antioxidants are also an important part of keeping our skin healthy and youthful, as they work to fight oxidization in the cells and the occurrence of free radicals, which essentially destroy the cell from within.

Tremella mushrooms are extremely edible, and are a common ingredient in traditional Chinese soups, which can make a delicious lunch or dinner allowing you to reap the health benefits we just discussed.

First, you will need to re-hydrate the dried Tremella in water until it blooms into a soft, fluffy cloud shape. Next, cut it into small pieces and put it into a pressure cooker with water.

Add the remaining ingredients into the pot. Leave it to simmer for three to four hours. The final product should be a viscous, dark amber broth. The Tremella should melt into the soup and will take on a slippery, jelly texture. At the same time, the natural sweetness of the dried dates seeps into the broth.

If you don’t enjoy the jelly-like texture of Tremella, you can also buy it in extract form and take it as a supplement or add it to other dishes.

You can use Tremella mushrooms for a variety of purposes, from improving skin health to benefitting from its anti-inflammatory properties. It grows quickly and in a huge number of places across the globe.

It is versatile and extremely beautiful and unusual-looking, which makes it even more appealing. 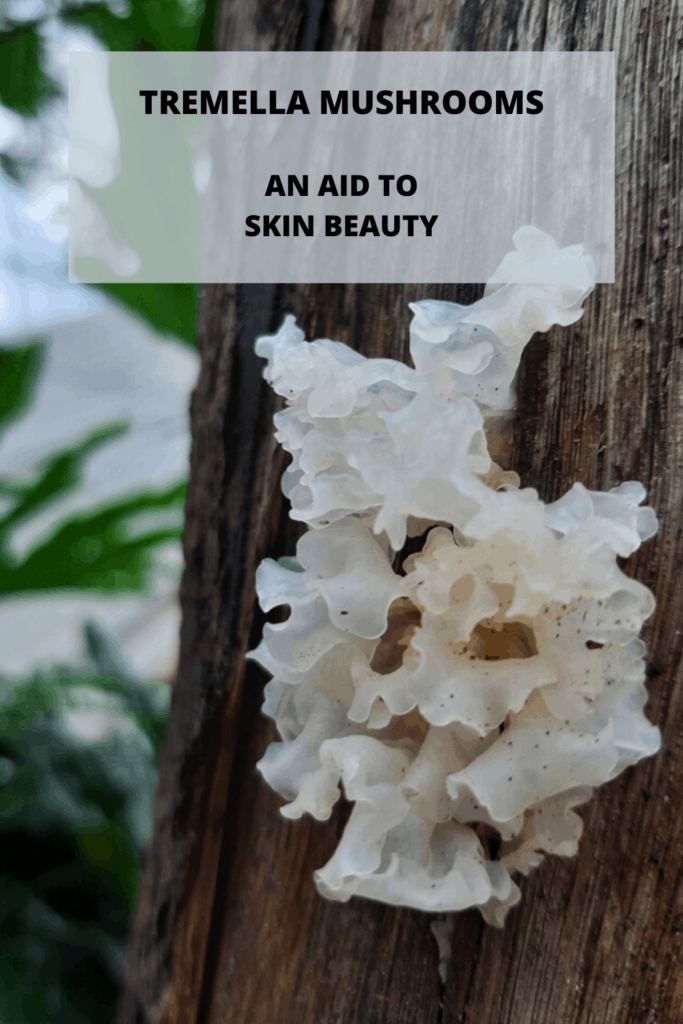 Hello. I'm David and I have an interest in the health (and taste) benefits of mushrooms. I've found that mushrooms have multiple nutritional and medicinal properties that are well worth finding out about and making the most of. This website is a means of sharing such information with others.
Copyright © Mushroom KnowHow 2020-2021. All rights reserved
Back To Top
×
Search