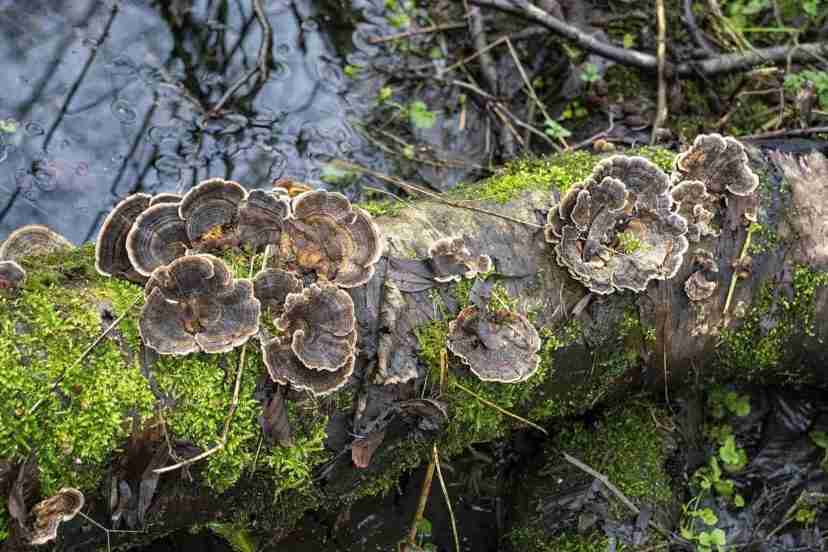 Turkey tail mushrooms (Trametes versicolor) are a common multicolored fungus that grows on tree trunks and fallen trees in wooded areas. You’ve likely come across them before, without ever realizing you were close to a mushroom that has some of the best medicinal benefits in the plant and fungi world!

Once you know about the benefits of these mushrooms, you’ll want to buy turkey tail mushrooms, and grow and harvest them so you can get all the delicious benefits for yourself!

In this guide, we’ll take you by the hand and explain everything you need to know about turkey tail mushrooms.

Where To Find Them And When

Turkey tails grow on decaying stumps, fallen logs and dying trees in temperate forests all over the world. This mushroom is the most common fungus in Canada and the United States, but they appear almost everywhere in the world and grow all year round.

Turkey tail mushrooms have two notable lookalikes, namely the Violet-Toothed Polypore and the False Turkey Tail. Turkey tail mushrooms feature a wide range of colors mostly within the brown to red range, while a false turkey tail has a bright orange hue. Both species are highly zonate (in other words, they have varying surfaces that are velvety to touch, as well as separate and distinct concentric color zones).

The Turkey tail is a polypore, meaning that it has pores on the underside. These pores may be difficult to identify, as they’re extremely small. If you’re looking at a true Turkey tail, you’ll notice a light fuzz on its surface. It should glisten in the light, giving it a silvery sheen. Texturally, a fresh turkey tail mushroom should be thin and flexible to move around.

How To Grow Turkey Tail Mushrooms

Because Turkey tails grow so easily in so many parts of the world, it’s more common for people to collect them rather than growing them themselves. They mostly grow on decaying trees, so it’s best for any cultivation to take place on a log in a terrarium or in the garden.

You can buy a grow kit if you’d like to grow your own. This way you can be sure of what you’re getting.

Turkey tail mushrooms contain a wide variety of phenol and flavonoid antioxidants. Antioxidants are incredibly important to the health of your cells as they prevent oxidization, fight signs of aging, boost your immune system, and reduce inflammation. Inflammation is now being linked to long term diseases such as heart disease, lung disease, cancers, and degenerative diseases.

According to a 2014 study, the extract from this mushroom may even be useful in fighting certain types of cancer, alongside chemotherapy. Turkey tail mushrooms contain compounds called polysaccharopeptide (PSP) and polysaccharide-K (PSK).  Both of these compounds appear to inhibit the growth of cancer cells. PSP boosts the immune system, particularly when used alongside other cancer treatments.

The Turkey tail mushroom can also assist in promoting gut health. Your gut bacteria are directly linked to your immune system and Turkey tails contain prebiotics, which help nourish these helpful bacteria. This is extremely valuable because the majority of ailments occur when there is a failure or overreaction of the immune system.

How To Cook Turkey Tail Mushrooms

This mushroom is rough and leathery, so isn’t generally palatable to eat as it is. When fresh, the best option is to dry it and use it as a tea or as an addition to various recipes. (Dried turkey tail mushrooms can also be purchased online.)

In order to properly get the benefits from these mushrooms, you’ll need to perform something called a “hot water extraction.” Don’t be intimidated – this is straightforward and quite similar to making tea!

To do this, leave the mushrooms to simmer in hot water, around 180F (82C), for about 3-4 hours. This will allow for the Beta-D-Glucans (which stimulate your immune system) and other valuable compounds to be “pulled out” of the mushroom and render it bioavailable. (Essentially, so your body can assimilate it easily.)

Spray dry the resulting liquid and mix it back in with the fiber to make a powdered mushroom extract.

A good way to use your dried turkey tail mushrooms is to make them into stock. The recipe below is a delicious immune-boosting base for soups, sauces and gravies!

If all of this seems like a lot of effort, you can also find Turkey tail extract in easy-to -use capsules and Turkey tail mushroom tincture.

Turkey tail mushrooms are a valuable aid to good health. Their medicinal benefits have been studied and proven a large number of times. Consequently, they are well worth considering as an addition to your daily regime. 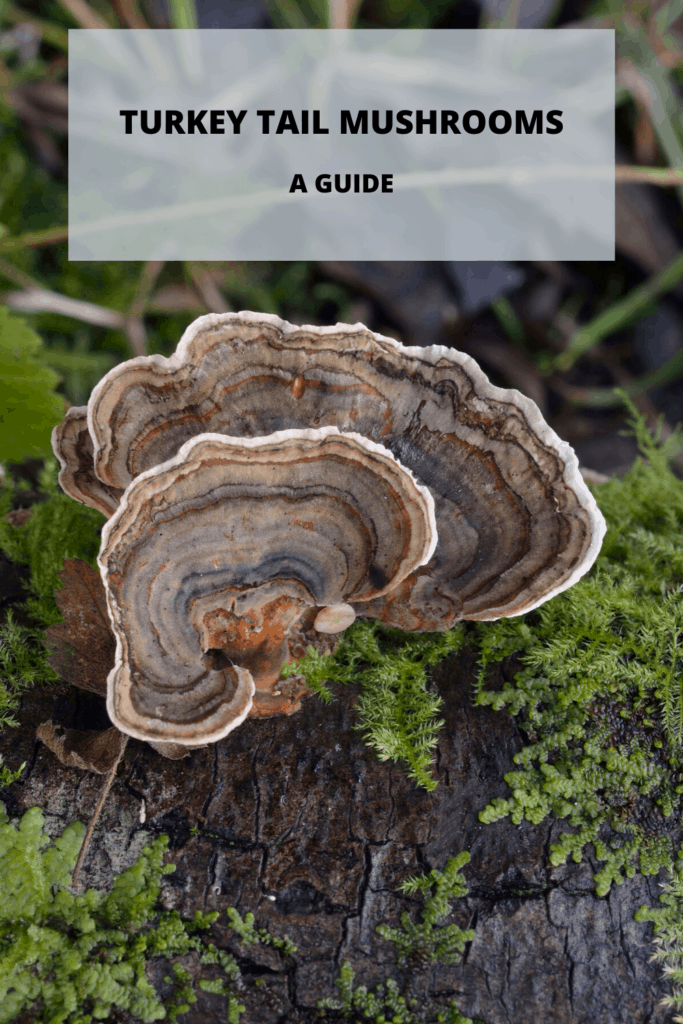