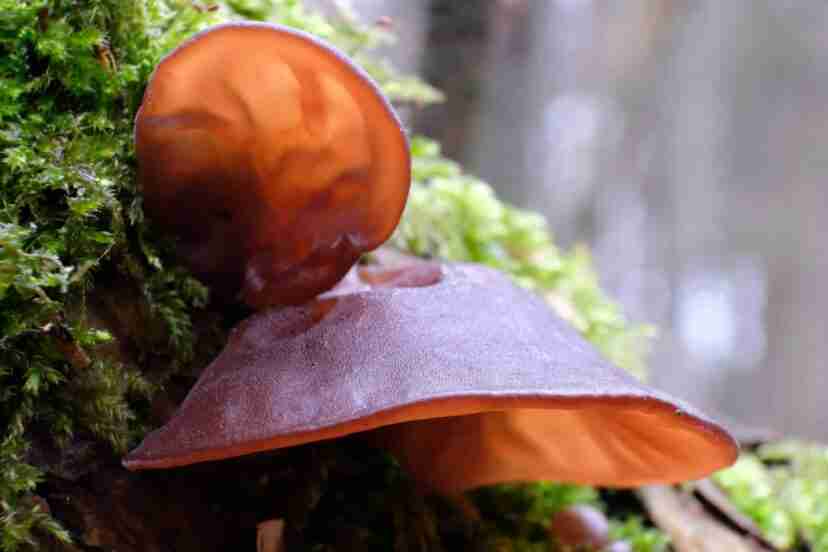 Wood ear mushrooms, also known as Judas’s ears, Jew’s ears, jelly ears, (black) wood ear or pepeao, are a species of edible fungi belonging in the Auriculariales genus. Their main characteristics are their jelly-like and ear-shaped appearance. Their Latin name Auricularia auricula-judae is derived from the story of Judas Iscariot who, after betraying Jesus, was alleged to have hanged himself from a tree bearing these mushrooms.

Wood ear mushrooms may not be amongst the top mushrooms favored in the culinary world, however, their medicinal properties have been used for centuries across the world. From China to the West, they have been used to treat a wide range of ailments. You can find more about their medicinal properties under the health benefits section of this article.

Where To Find Wood Ear Mushrooms And When

Wood ear mushrooms grow natively in many temperate regions across the globe such as Asia, Eastern Europe, Indonesia, the South Pacific, North America, and South America. They grow in forests in clusters on both decaying and living trees such as beech, ash, and spindles. Wood ears particularly like to grow in elder trees.

They grow all year round.

Wood ear mushrooms have a gelatinous appearance that sets them apart from most other species. Wood ears resemble floppy ears in shape. Their fruiting bodies are often covered in tiny hairs and small folds and wrinkles or other irregularities. Wood ear caps do not have any gills. They are small to medium in size and their cap size is on average 1 to 3 inches across (3 to 8 cm). Their color ranges from dark beige to a deep warm brown hue that resembles that of an animal’s liver. They are also semi-transparent, especially if you examine them under the sunlight.

Wood ear mushrooms, as specified earlier, were used for centuries as folk remedies in China and by Native Americans. They are naturally enriched with iron, copper, manganese, fiber, B-complex vitamins and selenium. Their active compounds have anti-fungal, anti-viral, and anti-inflammatory properties.

Historic texts from Europe and Asia describe the original use of these mushrooms for treating sore throats and eye inflammations. They were also used as blood tonics for treating cases of anaemia in Indonesia and Ghana.

According to modern studies, Wood ears may have the following health benefits:-

How To Cook Wood Ear Mushrooms

Wood ears have a very mild taste and aroma. Their gelatinous texture facilitates their use in enhancing the consistency of liquid-based Asian dishes. They are one of the few mushroom types that you can clean under running water (instead of using a damp cloth). These mushrooms do not require much cooking. They are an ideal ingredient in soups, stews, and salads so look out for Wood ear mushroom recipes in these categories and they can be obtained in dried form.

For a nice, easy, and delicious recipe, here is an Asian salad to try:-

If you can’t find fresh whole mushrooms, you can order them in dried form online  and use them later in soups and stews, using approximately 1 cup of liquid per ½ cup of mushrooms.

Wood ear mushrooms are not as rich in flavor as many other mushrooms, but their interesting texture and particularly their health benefits make them well worth checking out. 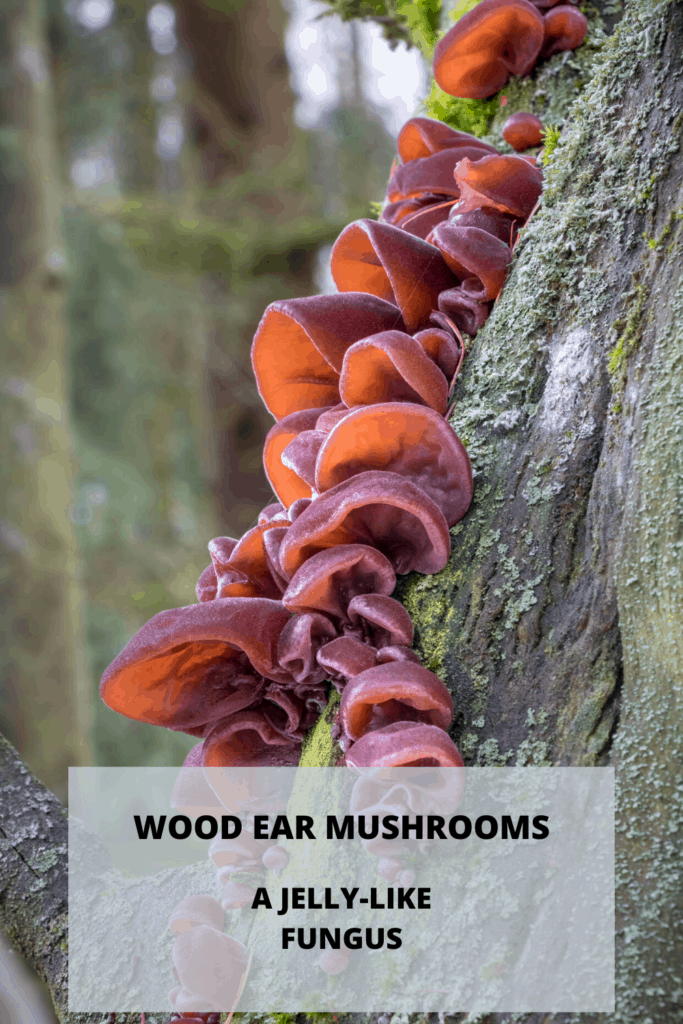